Two of my favorite things are abandoned places, and art, but only rarely do the two intersect. I’ve been fascinated by the thought of abandoned subway tunnels beneath the streets of downtown Rochester for years. It ran from 1927 to 1956, and it’s been abandoned since. Part of it was filled in, but much if it is still sitting there like a big fossil. It sounded crazy, a subway in Rochester? What happened? What’s down there? Where did it go? Exploring the tunnel turned out to be a little different than I had expected…. I didn’t think I’d find any art. I also thought it would be a maze of odd dark, and possibly haunted tunnels. It’s really basically one tunnel that bends around, and much of it isn’t a tunnel, but rather open-aired with big concrete arches. Still, it’s an interesting and eerie place to visit.

The fantastic and colorful art murals were so unexpected and captivating that they actually stole much of my attention. Who knew that some of Rochester’s best mural artists are painting down in an abandoned subway? 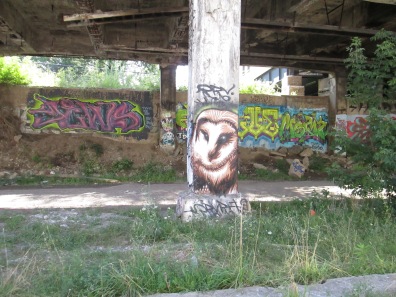 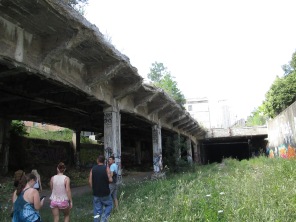 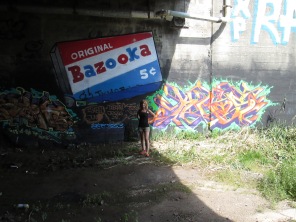